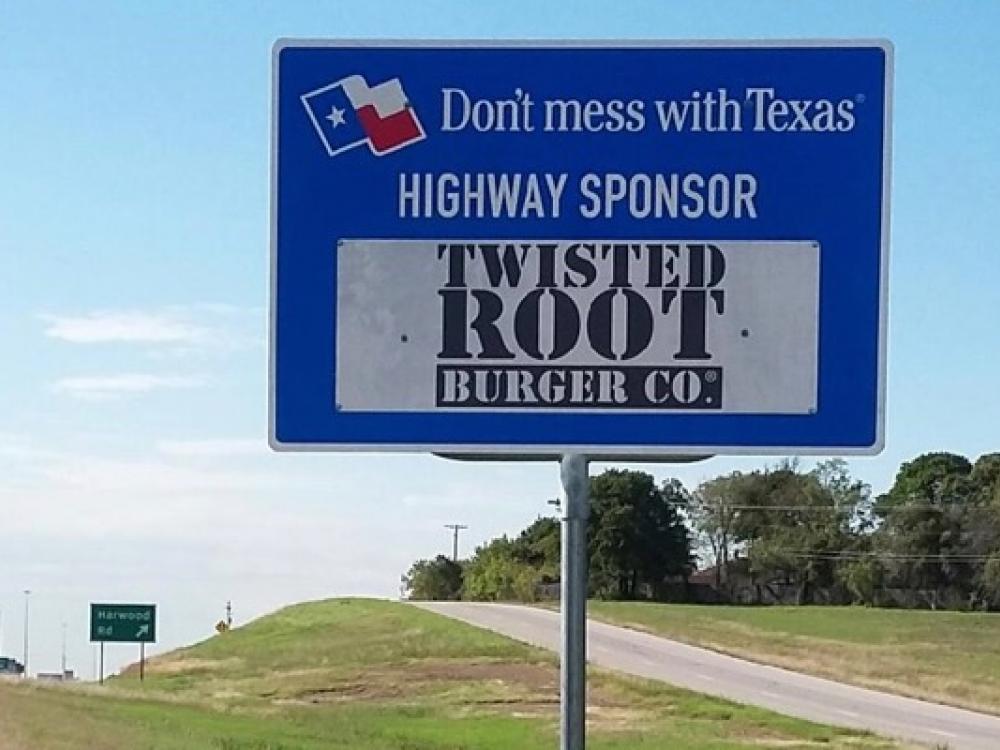 Picking up trash on a Texas highway through the state's Adopt-A-Highway program is one way to show your company or organization cares about the environment. But enlisting volunteers to bag up litter on a busy roadway several times a year is not an easy task.

That’s why a California-based company launched in 2014 offers to do the dirty work while allowing companies to advertise their green charity.

Partnering with the Texas Department of Transportation, the for-profit Adopt A Highway Maintenance Corporation has developed the Texas Sponsor a Highway Program through which companies and organizations pay a fee for a professional cleanup crew to tackle the litter along the highways they sponsor. 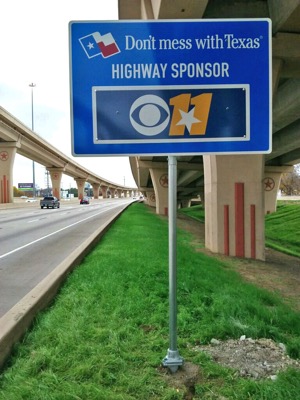 As in the state program that relies on volunteers, the companies that participate in the private sponsoring program are still acknowledged as the roadway sponsor through a 6-by-4-foot sign placed at the beginning of the section of highway section they’ve signed up for, but all the hassle of litter removal is taken on by the maintenance company.

The arrangement therefore makes the highway adoption program accessible not only to large corporations with volunteers to spare, but also to smaller companies with fewer resources.

“Our program is designed to be affordable for all businesses, large and small,” says Erin Marchesano, marketing manager for Adopt A Highway Maintenance Corporation. “We believe that both the volunteer efforts by companies and their employees along with our efforts, financially supported by our sponsors, work together for the betterment of our roadways and communities.”

Despite the state’s stiff fines and popular anti-littering slogan, “Don’t mess with Texas,” one in four Texans admits to tossing soda bottles, plastic bags, cash register receipts and just about every other piece of trash imaginable out their car window, according to research conducted by the state.

Piling up to more than 435 million pieces of trash thrown out along the state’s thoroughfares each year, food waste tops the list of what travelers unburden themselves of most. Tire scraps make up the second most pervasive litter in the state, followed by straws, cigarette butts, gum wrappers and other forms of microlitter, which is any litter than isn’t as easily seen from the roadway. (See Don’t mess with Texas Litter Facts.)

Cleaning up the nearly half billion pieces of trash that pile up along Texas roadways each year is a task primarily undertaken by state contractors - about 90 percent of it. However, volunteer efforts through the state’s Adopt-a-Highway program, significantly reduce litter cleanup costs and save taxpayers money, according to TxDot.

Food waste tops the list of what travelers unburden themselves of most. Tire scraps make up the second most pervasive litter in the state, followed by straws, cigarette butts, gum wrappers and other forms of microlitter.

Texas was the first state to develop a program that enlists volunteers to adopt sections of highways and pick up litter along the right-of-way. Since the Texas Adopt-A-Highway program was launched in 1985, almost 4,000 groups have participated in the state’s program. Other states have modeled their litter removal efforts on the state’s success. About 8,000 miles of roadways have been adopted in the state, with volunteers saving roughly $3 million in cleanup costs each year.

The Texas Sponsor A Highway program offered by the private maintenance company simply works alongside the state’s Adopt-a-Highway program and puts a professional crew on the roadways rather than volunteers.

Marchesano says the sponsorship sign is the main benefit they offer for participating businesses. Much like mini billboards placed along the roadway, sponsorship signage is seen by millions of travelers each year.

The Texas Sponsor A Highway program offered by the private maintenance company simply works alongside the state’s Adopt-a-Highway program and puts a professional crew on the roadways rather than volunteers.

“Our program is significantly less expensive than other forms of outdoor sponsorship and costs can vary dramatically based on a number of factors, such as where a sign is located and how much litter needs to be picked up in that area. Prices range from $400-$600 monthly,” Marchesano says. “Sponsor A Highway is a great opportunity for businesses to differentiate their brand through corporate, social responsibility, as well as give back to the community.”

Twisted Root Burger Company, Toyota of Fort Worth, CBS 11 and Cavender’s Boot City are among the early adopters of the new the program. The maintenance corporation says that when companies participate in environmental or social programs, they’re seen as being better corporate citizens and are more prone to develop a loyal following among the general public.

Texas Sponsor A Highway operates out of Austin. The parent company, Adopt A Highway Maintenance Corporation in Costa Mesa, California, has developed similar litter removal programs in 23 states since its inception in 1990. 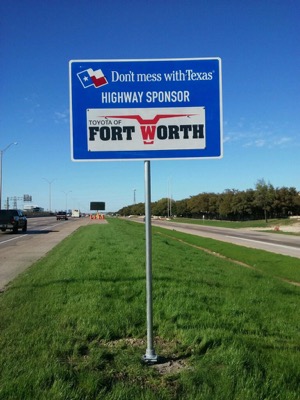 Each business signs up for at least one mile of highway cleanup in a two-year contract. The professional crews then fulfill the state’s requirement of four to six cleanups per year along the stretch. The company currently offers only litter removal sponsorships; a wildflower planting program is in the works.

In the past six months, the Sponsor A Highway program has picked up more than 5,600 trash bags of debris throughout Texas, amounting to about 33 tons. The cleanup work keeps the state’s roads from becoming an eyesore and reduces the potential for roadway hazards and water pollution.

“Litter remains a problem along Texas highways and with an estimated 650 people arriving each day in our state, there is an ongoing need to conduct litter prevention initiatives such as Don’t mess with Texas, Texas Adopt-A-Highway, Texas Sponsor a Highway and our grassroots partnership with Keep Texas Beautiful,” Ozuna says. “All of these efforts, along with the participation of volunteers and our litter pick-up partners, are greatly appreciated as we strive to keep Texas litter-free.”