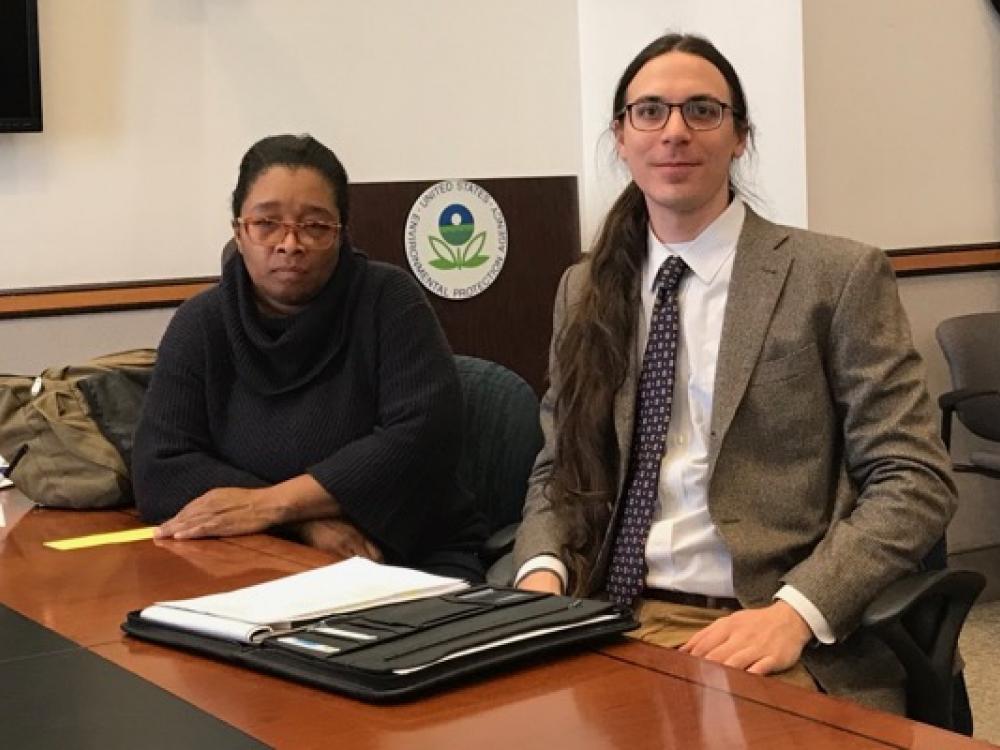 Corey Troiani, DFW director of Texas Campaign for the Environment, and Olinka Green, leader of Highland Hills Community Action Committee, traveled to the Environmental Protection Agency headquarters in the U.S. capital last week hoping to speed up the clean up of the former Lane Plating Works in Dallas.

The electroplating plant applied metal coatings to car bumpers and plumbing fixtures in the Highland Hills neighborhood, at 5322 Bonnie View Road, since the 1950s, according to the Dallas Morning News.

Due to violations, investigations and bankruptcy filing, the facility shut down in 2015, according to EPA's public records.

Following the closure, investigations by the EPA and the Texas Commission on Environmental Quality found on-site soils and shallow ground water contaminated with plating wastes.

As GreenSourceDFW.org reported in January, Lane, like other electroplating companies, used toxic metals including arsenic, cadmium, cyanide, chromium, lead and mercury — substances that cause cancer and damage the brain, kidneys and liver, as well as digestive, reproductive and nervous systems.

TCEQ inspected the facility after it had ceased operations in 2015 and removed "cyanide waste and secured chromic acid sludge." Then in 2016, TCEQ referred the site to EPA, which removed nearly 200,000 pounds of chemical wastes.

In May 2018, EPA added the site to the Superfund National Priorities list for further site assessment and cleanup.

The move was cheered by activists. However, the process of clean up appeared to be moving at a snail’s pace with initial testing delayed until December 2019.

Meanwhile, Texas Campaign for the Environment had been involved in another Superfund site in the Houston area, the San Jacinto River Waste Pits, when it stepped up to help with the Dallas Superfund last fall. TCE staff pitched in to canvas Highland Hills residents and rally them to attend a meeting about the site in November. 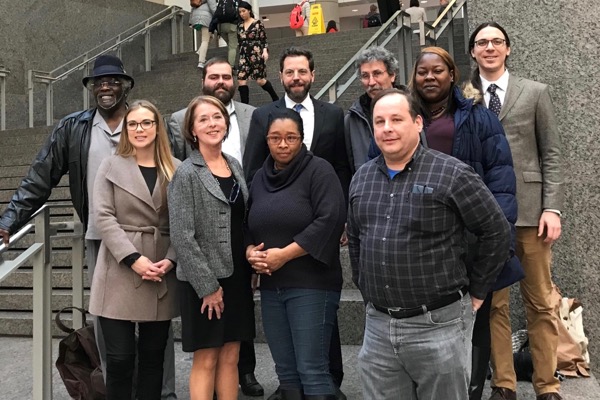 Corey Troiani, back row, right, and Olinka Green, front row, third from left, next to Center for Health, Environment and Justice founder Lois Gibbs, were part of the CHEJ group who met with EPA officials in DC last week. Courtesy of CHEJ.

Last week, TCE was joining a convoy to EPA headquarters in DC arranged by Center for Health, Environment and Justice. The nonprofit was founded by famed Love Canal activist Lois Gibbs. She led a historic fight in the late 1970s to relocate 800 residents after discovering their neighborhood had been built on a toxic waste dump in Niagra Falls, New York. Her efforts led to the creation of the EPA Superfund program.

While the DC trip was initially in support of the Houston Superfund site, Troiani saw it as an opportunity to bring up the Dallas Superfund site as well.

He invited Green to join him on the CHEJ trip to represent the Highland Hills community.

On Monday, Troiani and Green joined Gibbs and activists from Alabama and Indiana in Washington, lobbying for their own Superfund sites in their communities.

During the one-day trip, in addition to talking with EPA staff, Troiani and Green met with staff of U.S. Texas representatives Lloyd Doggett and Eddie Bernice Johnson, whose district includes the Highland Hills community.

“Even though I don’t have full faith and confidence that the EPA can do all that much for that site, I think it’s important to have an open line of communication with them," said Troiani. "I appreciate their willingness to look at the site.”

Troiani noted that the Lane Plating site faces additional challenges of some other Superfund sites because the company responsible for the pollution has shut down.

“When we don’t have a company who can take responsibility, it falls on the EPA to use tax dollars and EPA doesn't have a lot of funding,” he said. 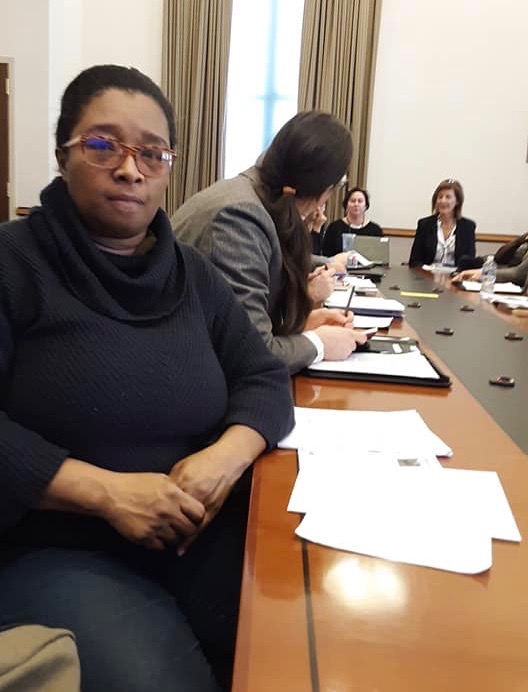 During the session, Troiani said some progress was made. EPA agreed to move up the sampling from December to May. They also agreed to put up signage labeling it as a EPA Superfund site. Currently, the only signage at the former plant are No Trespassing signs.

Another complaint from activists is - Why weren’t more people from the community informed of the existence of the Superfund site? Only a limited number of residents in the immediate vicinity of the Lane Plating plant were notified of community meetings.

To help remedy that, Troiani shared contact information for Highland Hills residents gathered during canvassing, requesting that EPA inform these residents of any developments with regards to the Lane Plating site.

“I think the EPA responded to a few of our concerns,” Troiani said. “Overall, we were dealing with bureaucrats who have limited power to do the things that community members wanted them to do.”

For Green, the trip was an eye-opening experience to travel all the way to the top for answers.

“It just felt really good to be in the houses of power and talking to people,” said Green, who’s headed to Atlanta this week for the three-day Climate Reality leadership training. “I think they’re going to expediate the process.”