The watershed we call home 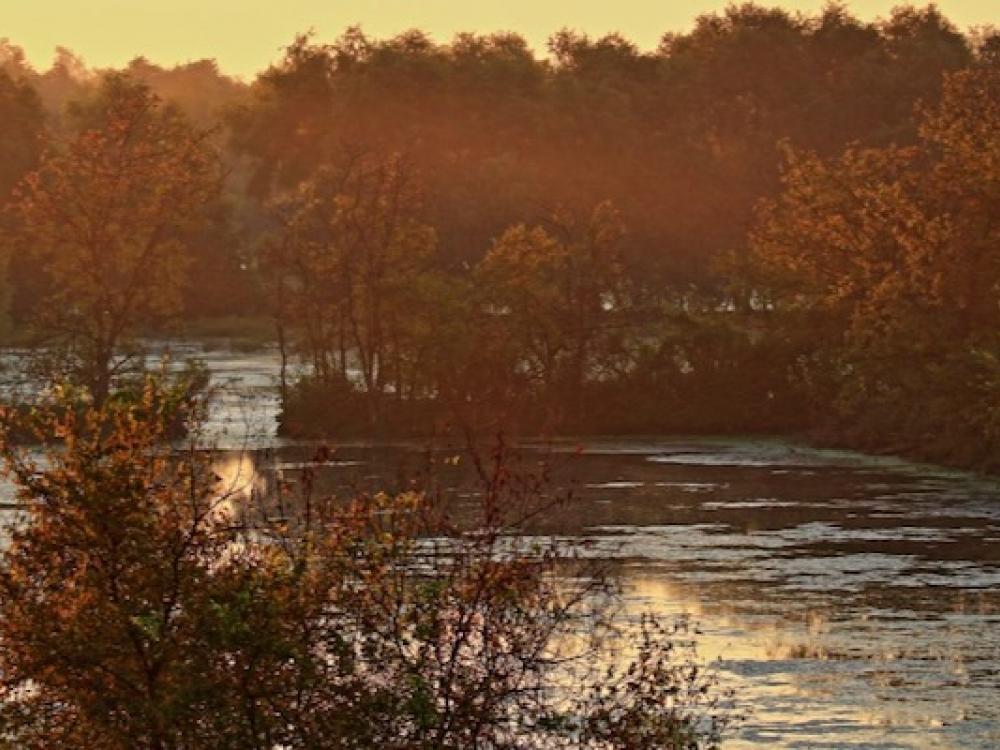 The Trinity River, pictured in Arlington above, and its tributaries seep into our lives throughout North Texas.​ Photo by Daniel Koglin.

“A river is a river… always changing and always on the move. And over time the river itself changes too. It widens and deepens as it rubs and scours, gnaws and kneads, eats and bores its way through the land.” - Aidan Chambers, This is All: The Pillow Book of Cordelia Kenn

The Trinity River, a sinewy stream in a prairie swale - until the rains come.

Floodwater courses between the banks and rails against levees that dare to tell the river how to run. With each storm the river swells, reservoirs fill, embankments groan. Even after the rains cease, water that fell miles away continues its resolute route to the sea, each storm crest a wave sluicing its way to union, sometimes taking a large chunk of the land and its residents with it. 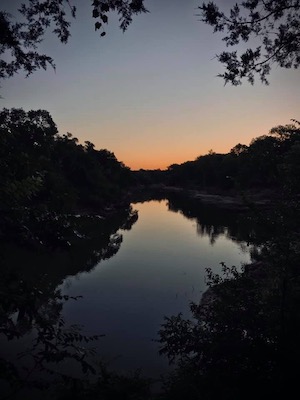 When record-setting rains inundated the state in 2015, North Texas received as much water in one month as it usually gets in six. With the extensive visual coverage, especially by aerial cameras, residents became aware as never before of the rivers with which they intimately coexist. People who rarely gave their bioregion much thought were brought to the truth that we live in a water matrix of immense power over which we have scant control.

“A riverbank home is a dream come true… until times like these.“ - Blanco River resident in Wimberly

The watershed where we live is our fluid tie to the world. Every drop of rain that falls, that wafts as fog or drifts as snow, obeys its own Continental Divide unless absorbed by dirt or plants. Whether it drips into the driveway and on to the gutter, or caresses the leaves of a creek-side tree, water must flow in one direction or another, choosing one route or another as its own personal divide. Ultimately, it unites with either the Atlantic or Pacific Ocean, only to evaporate and be condensed and reborn as rain and weather. 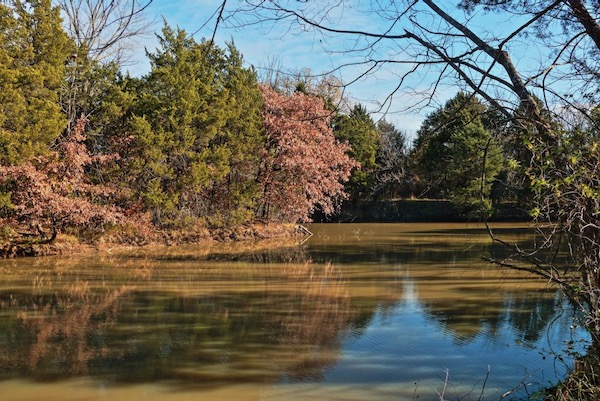 The Trinity near the Trinity Forest AT&T Trail. Photo by Daniel Koglin.

In Dallas, Tarrant, and counties to the north, our watershed is the Trinity, powerful for its fusing of multiple forks into one. The West Fork arises from the arid plains and asserts itself over the less voluminous Clear Fork, joining just west of downtown Fort Worth. Damned river sections of the Clear and West create reservoirs - Benbrook, Eagle Mountain, Lake Worth and others - that fill and release their floodwaters into the river flow.

As the West courses eastward toward Dallas, it moves into a wetter climate. The river becomes wider in return. The further east it flows, the more it is constrained by manmade embankments. On the edge of Irving it merges into the even more voluminous Elm Fork, with its massive dammed reservoirs of Ray Roberts and Lewisville, to become simply the Trinity. In epic storms such as occurred in 2015, those lakes also swell and periodically release their excess, flushing the river below. 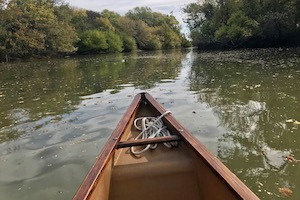 “I’ve been flooded out of my business for days. It’s stopped raining, but I still can’t go back. Something about Lake Lewisville, as I’m learning.” - Dallas small-business owner

Elm Fork of the Trinity River. Photo by Amy Martin.

This cascading web of stormwater pulsates into Dallas with a roar, squeezed into straight levees that pressurize it like a hose. Once past downtown, the Trinity is allowed to regain some of its natural meanders, sprawling into the Great Trinity Forest and flooding South Dallas neighborhoods nearby. On the county’s southeastern outskirts, the East Fork, itself overflowing from Lavon and Ray Hubbard reservoirs, finds watery embrace with the southbound flow, bound for the Gulf of Mexico. 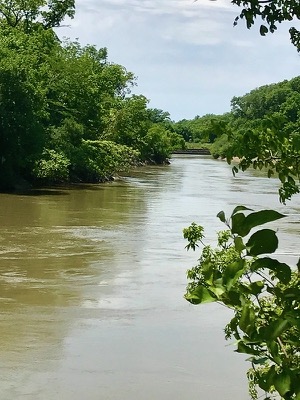 “Eventually, all things merge into one, and a river runs through it. The river was cut by the world’s great flood and runs over rocks from the basement of time. On some of the rocks are timeless raindrops. Under the rocks are the words, and some of the words are theirs. I am haunted by waters.” - Norman Maclean, A River Runs Through It and Other Stories

We are all downstreamers, impacted by life upstream. Our fates rise and fall with the river as it runs. Our waters, like our breaths, are intimately comingled with each other and the Earth. Become one with the great flow of our planet’s water matrix. Allow the next storm to wash you down. Step beyond shelter and hear the call of your watershed. Walk in the rain and seek your own elemental divide.

“To put your hands in a river is to feel the chords that bind the earth together.” - Barry Lopez